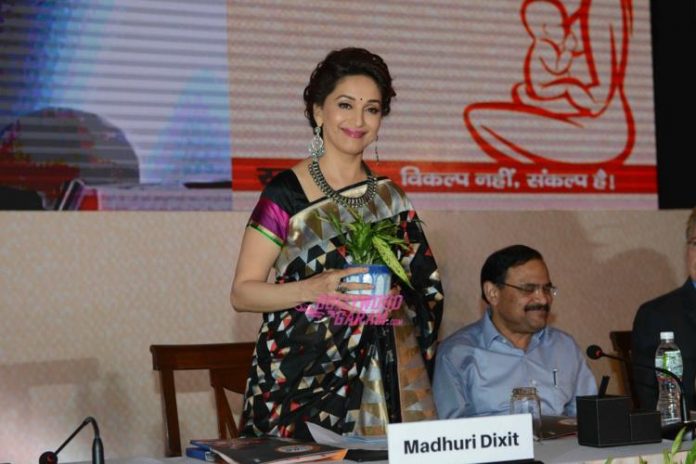 Bollywood actress Madhuri Dixit was at the breast feeding promotion campaign UNICEF in New Delhi on August 5, 2016. Mrs. Dixit Nene is the brand ambassador of ‘MAA – Mother’s Absolute Affection’ and marked the event by lighting the inaugural lamp.

The actress looked pretty in a traditional sari and interacted with the audience and the media.

The event was also attended by Health and Family Welfare Minister JP Nanda.