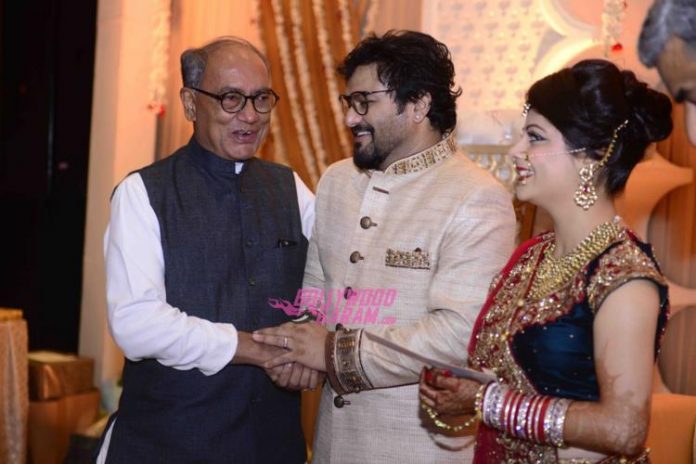 Bollywood singer and politician Babul Supriyo got married to beau Rachna Sharma at a grand wedding ceremony in New Delhi on August 9, 2016. Babul was in a relationship with Sharma since two years after which the two decided to get married.

The wedding ceremony was attended by the Who’s Who of the world of politics including Prime Minister Narendra Modi, Digvijay Singh, L.K.Advani, Jyotiraditya Scindia and others.

The event also saw singer Shaan, Anu Malik, Mukesh Bhatt and others. Babul was earlier married to Rhea and has a daughter Sharmilee from his earlier marriage.