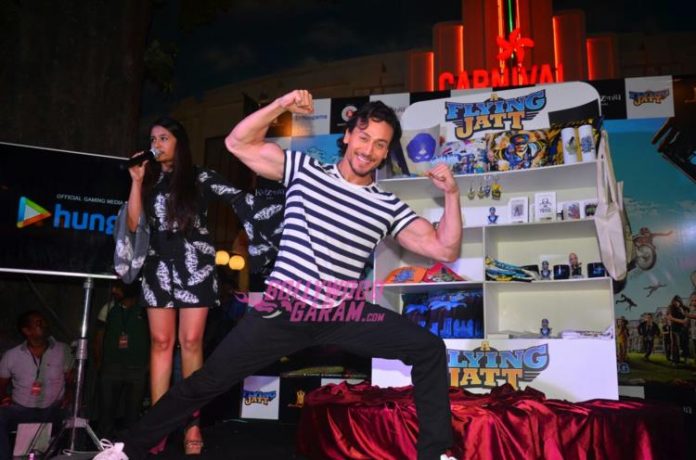 Actor Tiger Shroff along with filmmaker Remo D’Souza promoted their upcoming movie ‘A Flying Jatt’ at Kidzania in Mumbai on August 12, 2016. Tiger in the upcoming movie will be seen playing the role of a superhero.

The event saw the lead star interacting with the kids, who were seen trying out some moves. Remo was also seen dancing to the tunes of the songs from the movie.

The makers of the movie also launched official merchandise and game of ‘A Flying Jatt’.