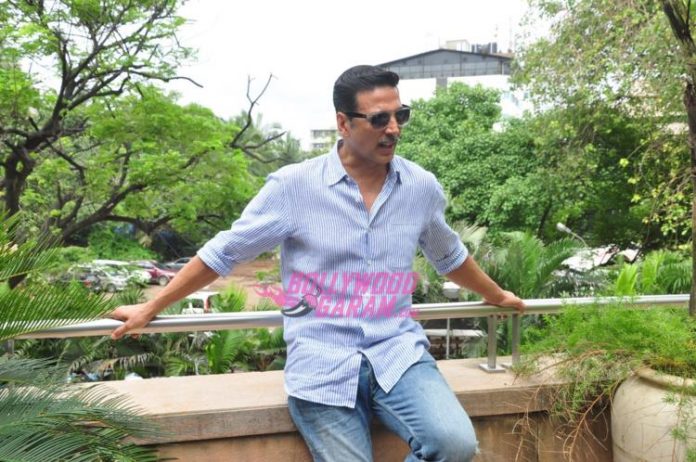 Bollywood celebrity Akshay Kumar promoted his movie ‘Rustom’ in Mumbai on August 15, 2016. The movie is based on the infamour case of KM Nanavati vs the state of Maharashtra which is running successfully all over.

‘Rustom’ hit the theatres on August 12, 2016. Akshay Kumar plays the role of a Naval officer and is loosely based on the incident of the Naval Officer K.M Nanavati and businessman Prem Ahuja.