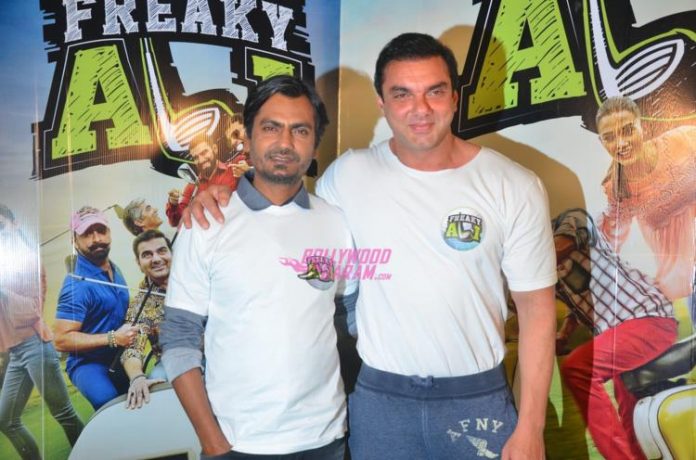 Actors Nawazuddin Siddiqui and Sohail Khan promoted their upcoming movie ‘Freaky Ali’ at an event in Mumbai on August 20, 2016. The actors looked great in white t-shirt with ‘Freaky Ali’ logos.

The upcoming movie is directed, produced and written by Sohail Khan and is all set to hit the theatres on September 9, 2016.