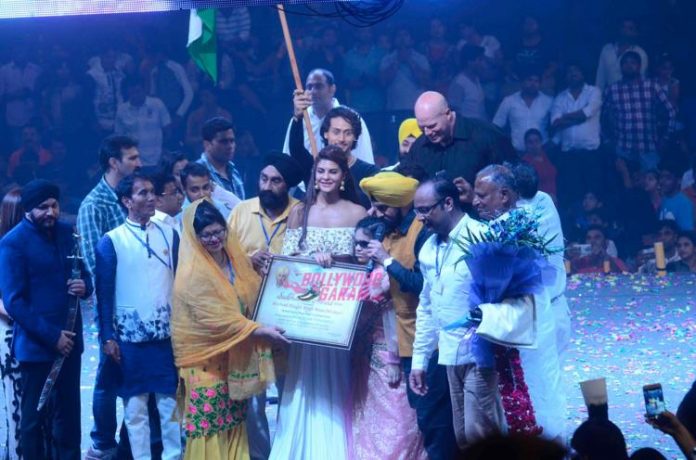 Actors Jacqueline Fernandez and Tiger Shroff promoted their movie ‘A Flying Jatt’ at an event at New Delhi on August 21, 2016. The promotional event was also attended by filmmaker Remo D’Souza.

The highlight of the event was Tiger’s entry as he came flying down from the roof of the stadium. Tiger also showed off some of his skills in gymnastics. Jacqueline and Tiger performed on their song ‘Beat pe Booty’.

The movie is directed by Remo and is all set to hit the theatres on August 25, 2016.