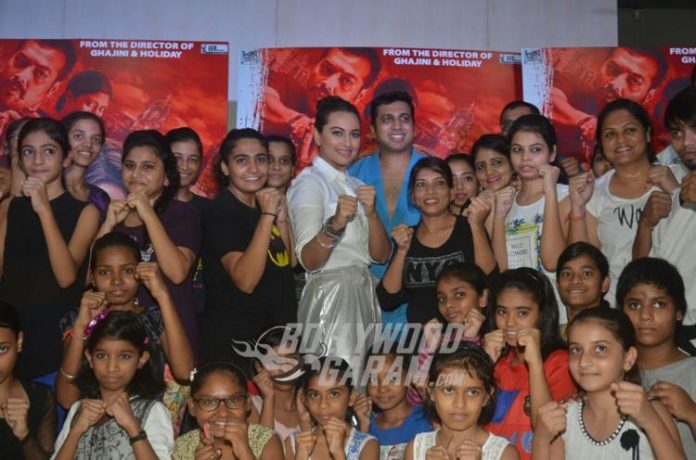 BollywoodGaram.com: Bollywood actress Sonakshi Sinha promotes ‘Akira’, her upcoming movie, at an event at Akshay Kumar’s self defense academy in Mumbai on August 28, 2016. The actress looked great in a white shirt and glossy silver palazzos.

Sonakshi interacted with the media and the students at the academy, sharing some tips on self defense with the girls. The upcoming movie is directed by A.R. Murugadoss and is all set to hit the theatres on September 2, 2016.

‘Akira’ is based on a girl from Jodhpur based who moves to Mumbai for further studies and has to fight her way through with the negative elements of the college she enrolls in.