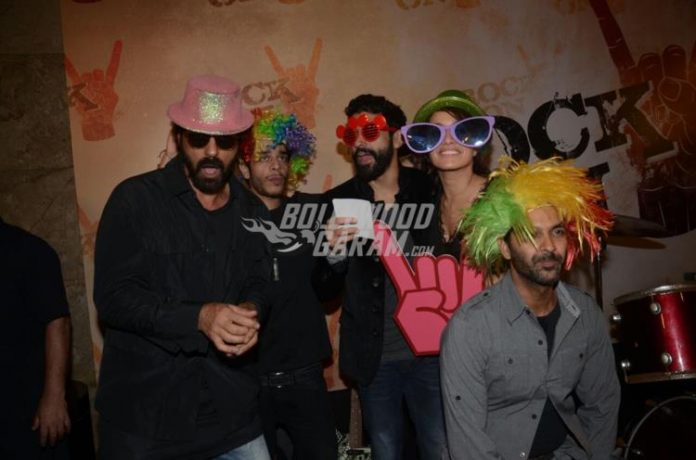 Bollywood actors Purab Kohli, Farhan Akhtar and Arjun Rampal launched the trailer of the upcoming movie ‘Rock On 2’ at an event in Mumbai on September 2, 2016. The launch event was also attended by Shraddha Kapoor and Shashank Arora.

‘Rock On 2’ is the sequel to the movie ‘Rock On’ which had Farhan, Purab and Prachi Desai in lead roles. The music for the film is composed by Shankar-Ehsaan-Loy while Shraddha has sung three songs along with Farhan.