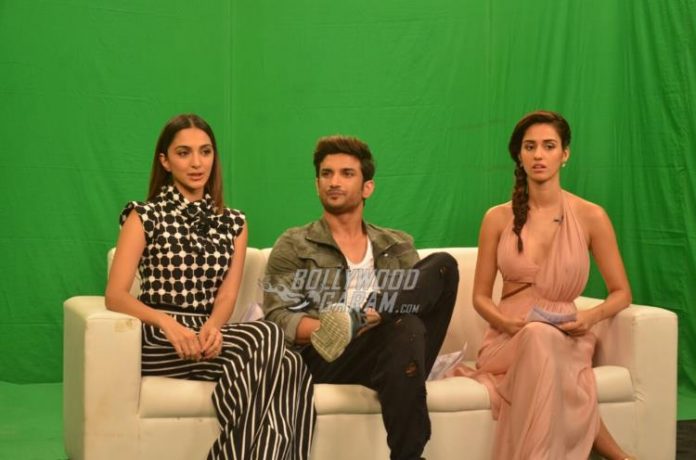 Actor Sushant Singh along with his pretty co-stars Kiara Advani and Disha Patani promoted their upcoming movie ‘M.S Dhoni – The Untold Story’ at an event in Mumbai on September 13, 2016. The actors were in fun mood and were seen playing an teasing each other as they posed for the shutterbugs.

The movie is directed by Neeraj Pandey and is all set to hit the silver screens on September 30, 2016.