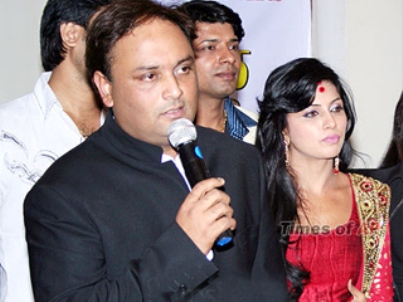 Bollywood actress Rani Mukherjee’s brother Raja Mukherjee has been arrested after allegations by a TV actress that he had molested her. The actress claimed that she was molested when she was to narrate a script for a project.

Raja was arrested from the Versova area in Mumbai on October 14, 2012. The actress had filed a complaint alleging that he had attempted to molest her in his car. ACP Narsingh Shekharan said that the woman had gone to show a script to Raja then he tried to molest her in his car. Raja was sent for a medical test and was then taken in to police custody. Raja is expected to be produced in court on October 15, 2012.