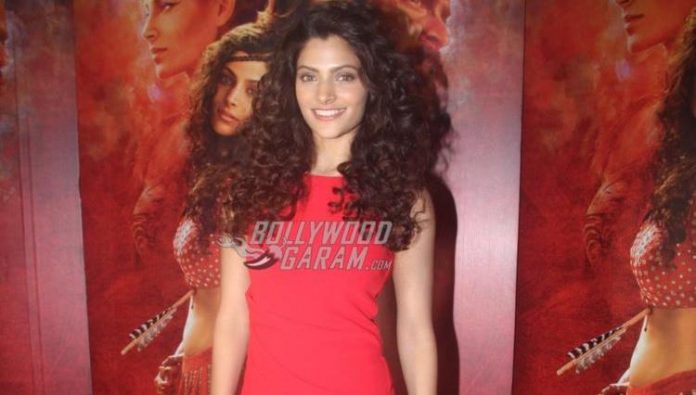 Actors Saiyami Kher, Harshwardhan Kapoor and Rakeysh Omprakash Mehra promoted their upcoming movie ‘Mirzya’ at an event in Mumbai on September 21, 2016. Saiyami looked splendid in a red outfit while Harshwardhan appeared in a suit.

The upcoming movie is a period drama directed by Rakeysh Omprakash Mehra and produced Cinestaan Film Company and ROMP Pictures.

The movie also stars Anuj Choudhry and Om Puri and is all set to hit the theatres on October 7, 2016.