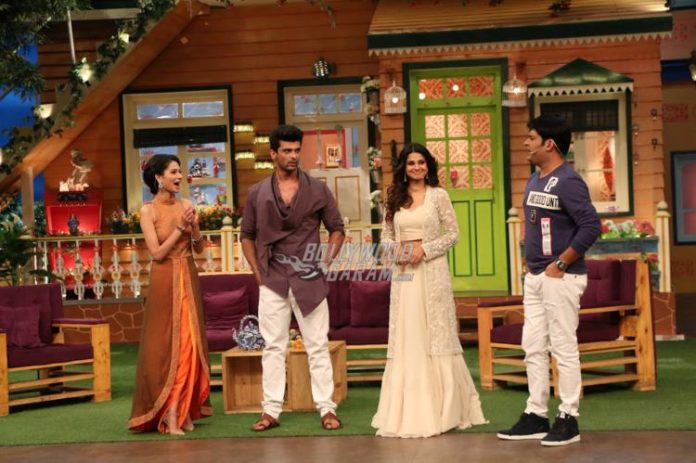 Lead cast of the upcoming thriller TV series ‘Beyhadh’, Jennifer Winget, Kushal Tandon and Aneri Vajani appeared on the sets of The Kapil Sharma Show in Mumbai on October 5, 2016. The show will be going on air on October 12, 2016.

The pictures surely indicate that the cast had a great time with the host Kapil Sharma and other characters on the show.