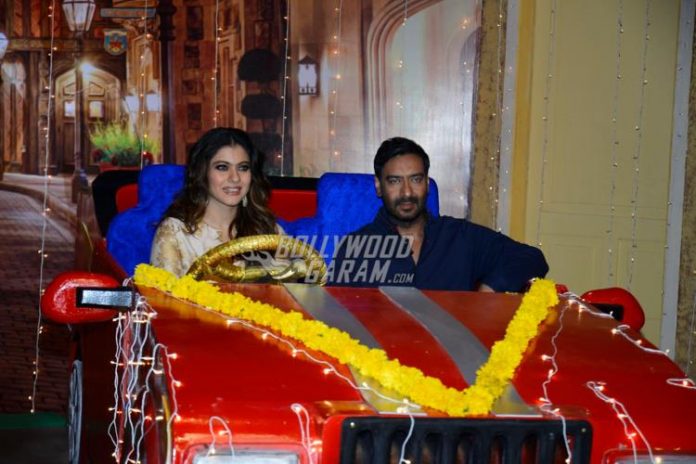 Actors Ajay Devgn and Kajol promoted the upcoming movie ‘Shivaay’ on the sets of ‘The Kapil Sharma Show’ in Mumbai on October 22, 2016. Kajol looked splendid in a white a golden outfit while Ajay looked elegant in a traditional attire.

The promo of the show went on air on October 23, 2016 and the couple complimented each other well.

The movie ‘Shivaay’ is a story of a Himalayan mountaineer which also stars Erika Kaar, Sayeshaa Saigal and Abigail Eames and is all set to hit the theatres on October 28, 2016.