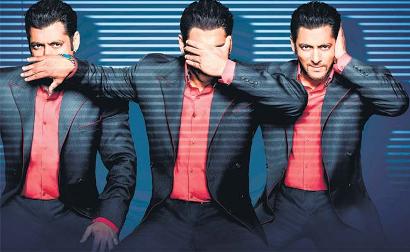 Popular TV reality show Bigg Boss has never run its course without facing its fair share of controversy. The show has once again gotten itself into trouble over the country’s national anthem. This year, Bollywood star Salman Khan has been hosting the reality show.

On October 17, 2012, the court heard a public interest litigation (PIL), which complained that a voice which was similar to that of Bigg Boss had asked the people in the audience of many movie theaters in Delhi to stand for the National anthem before the movie begins.

The PIL said that this act had amounted to commercial exploitation of the national anthem and has also hurt the sentiments of Indian citizens. The bench, in its opinion said that they will be directing a petition to the Central government to treat the PIL as representation and that grievances will be dealt according to law.

The bench also said that the ministry will take necessary action against the respondents within a week. Rajeev Mehra, the Additional Solicitor General representing the centre said that the allegations will be looked into, and necessary action will be taken. The PIL has been filed by Jeetendra Gupta who said that he found the same advertisement by the TV channel in two theaters where he went to watch a movie.