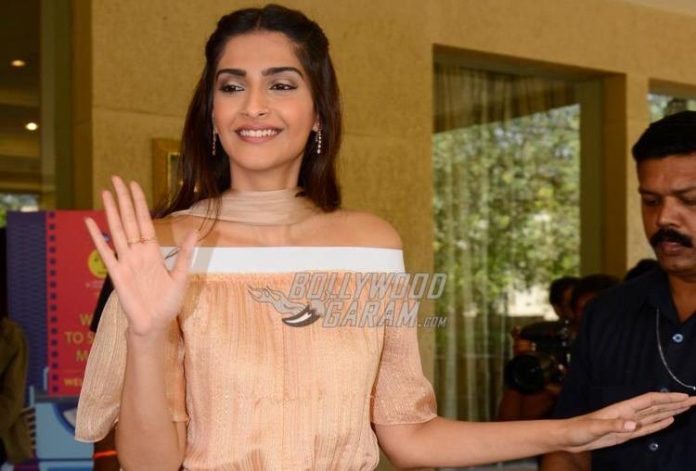 Bollywood actress Sonam Kapoor attended the Jio MAMI Festival held in Mumbai on October 26, 2016. The actress was seen wearing a shimmery off shoulder outfit with a satin border and a broad choker band.

On the work front, the actress was last seen in the movie ‘Neerja’ and is all set to be seen in the upcoming movie ‘Veere Di Wedding’ which is currently in the pre-production stage.

Sonam made her debut in Bollywood with the movie ‘Saawariya’ opposite Ranbir Kapoor.