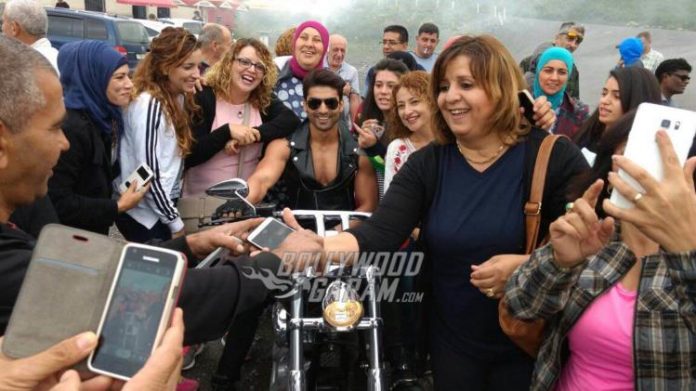 Bollywood actor Gurmeet Chaudhary interacted with fans, while shooting in Georgia for his upcoming movie ‘Wajah Tum Ho’ on October 26, 2016. The actor was mobbed by some of his fans as he was shooting on location.

However, Chaudhary had to shoot as the schedule was getting delayed. The actor promised to be back once he gets free. Gurmeet not just met his fans but also had lunch with them and clicked selfies. The actor expressed, “It was an amazing experience interacting with the fans. I was deeply moved by their love and affection. I felt like I am in India.”

Gurmeet made his debut in Bollywood with the movie ‘Khamoshiyan’ in 2015.