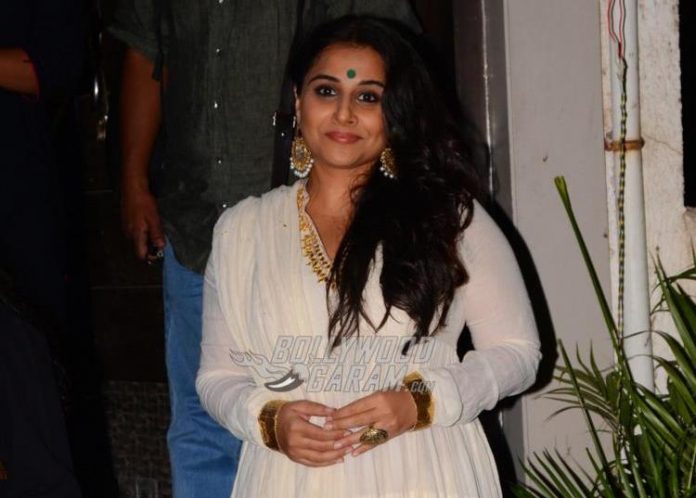 Actress Vidya Balan appeared in an ethnic outfit as she promoted her upcoming movie ‘Kahani 2’ on Diwali in Mumbai on October 28, 2016. Balan will soon be seen in the sequel of the movie ‘Kahani’ which is a thriller flick directed by Sujoy Ghosh.

The movie also stars Arjun Rampal who will be seen playing the role of a cop and is all set to hit the theatres on December 2, 2016.