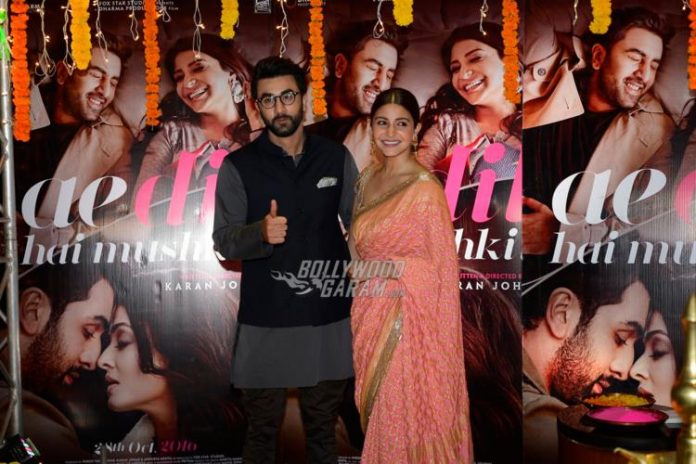 Actors Anushka Sharma and Ranbir Kapoor promoted their movie ‘Ae Dil Hai Mushkil’ in a Diwali mood at PVR in Mumbai on October 29, 2016. Anushka and Ranbir appeared in traditional Indian outfits and interacted with the media.

The actors distributed sweets, lighted lamps and also made some rangoli with flowers. Their movie ‘Ae Dil…’ hit the theatres on October 28, 2016 and received rave reviews.