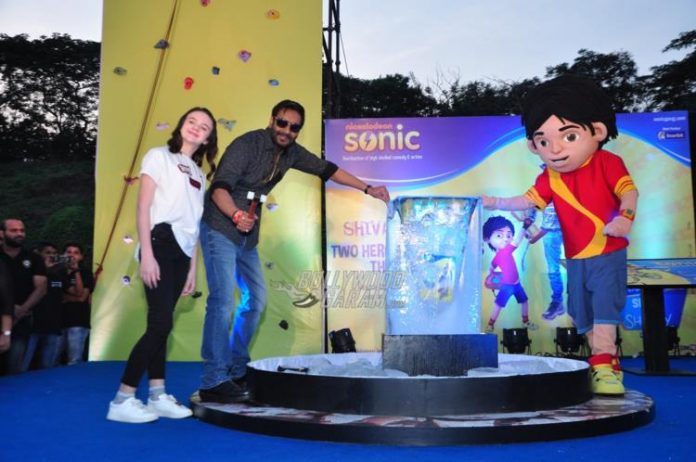 Actor Ajay Devgn and his little co-star Abigail Eames promoted their upcoming movie ‘Shivaay’ at Sonic event in Mumbai on October 29, 2016. ‘Shivaay’ opened at the theatres on October 28, 2016 along with Karan Johar’s ‘Ae Dil Hai Mushkil’.

The movie ‘Shivaay’ has marked Ajay’s return as a filmmaker after eight years. Ajay had last directed the movie ‘U Me Aur Hum’ which did not score well at the box office.

‘Shivaay’ is based on a relation between a father and a daughter.