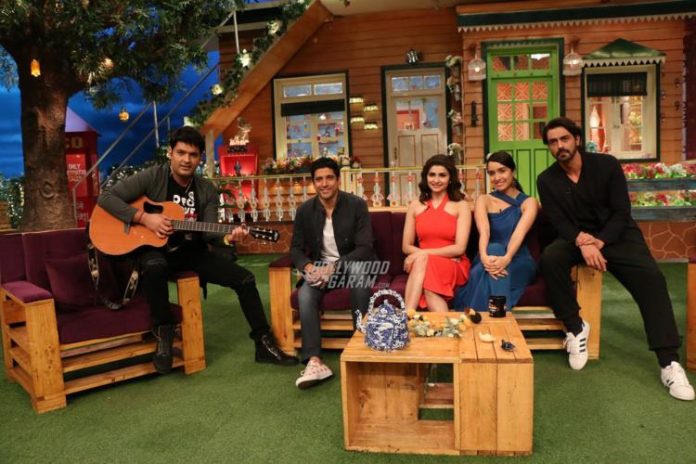 Lead actors Farhan Akhtar, Shraddha Kapoor and Arjun Rampal of the upcoming movie ‘Rock On 2’ promoted their movie on the sets of The Kapil Sharma Show in Mumbai on November 1, 2016. Seems like, the entire cast had a great time with host Kapil Sharma and the entire cast/ crew of the comedy show.

Here’s the entire collection of of what went down on the shoot of The Kapil Sharma Show, starring lead actors of Rock On 2 –

For a change, instead of the castoff the show, the actors replaced Dr. Mashoor Gulati, Vidyawati and Bumper and had massive fun. The movie ‘Rock On 2’ is the sequel to the 2008 musical drama movie ‘Rock On’.