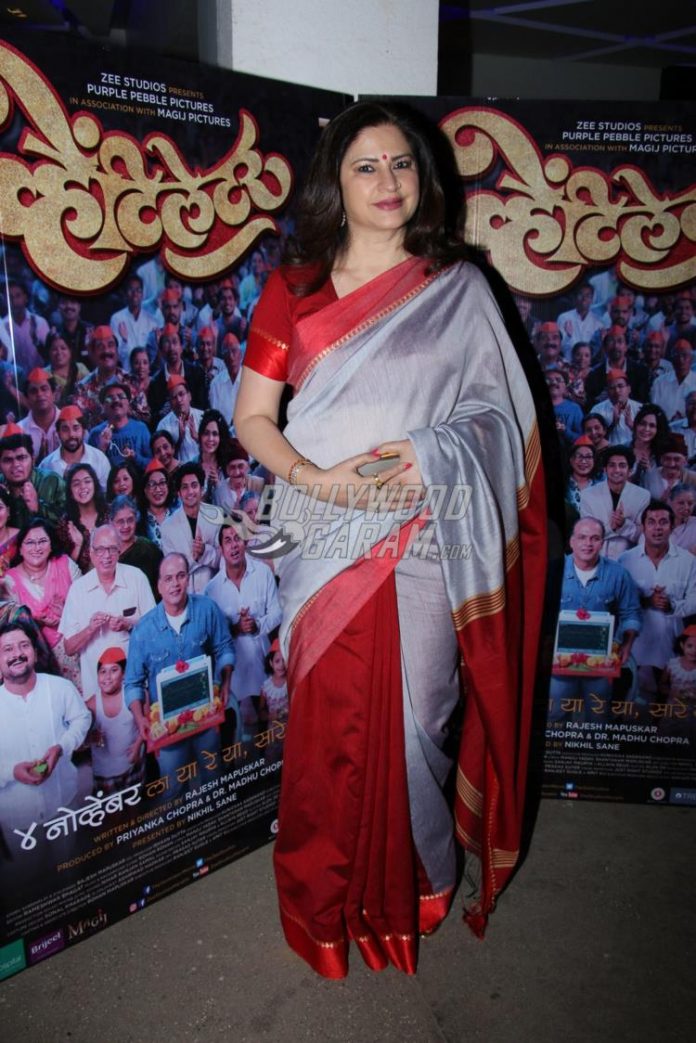 Here are a few clicks from the movie screening –

The movie ‘Ventilator’ is directed and written by Rajesh Mapuskar and produced by Priyanka Chopra. The Marathi flick features more than 100 actors led by Ashutosh Gowarikar and JItendra Joshi and was released in theatres on November 4, 2016.

We managed to catch a quick flick of yesteryear actor, Jackie Shroff while exiting the special movie screening, held one day prior to the movie release.

Actor and Producer Anil Kapoor too, turned up for the screening of Priyanka Chopra’s first movie production.

Award winning bollywood Director Vidhoo Vinod Chopra posing for the cameras at the special movie screening with a friend.

Here’s wishing our international star – Piggy Chops all the best for the success of her film Ventilator and American TV series Quantico, which is currently running Season 2.