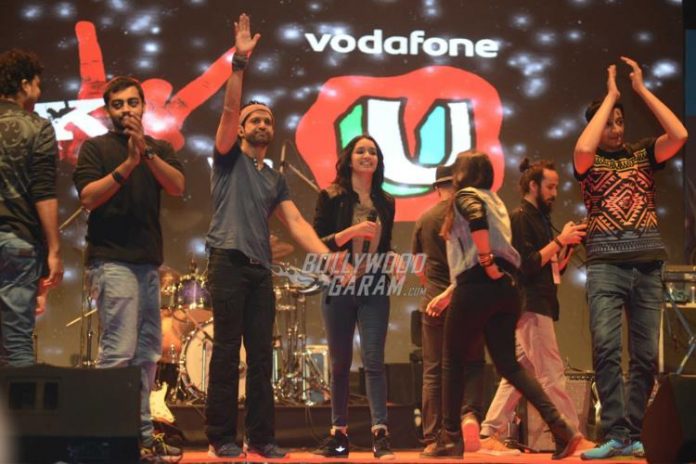 Actors Farhan Akhtar, Shraddha Kapoor and Arjun Rampal put up a sizzling performance at a concert at New Delhi to promote their movie ‘Rock On 2’ in Mumbai on November 8, 2016. Farhan, who is known for his vocals stole the entire show with her performances.