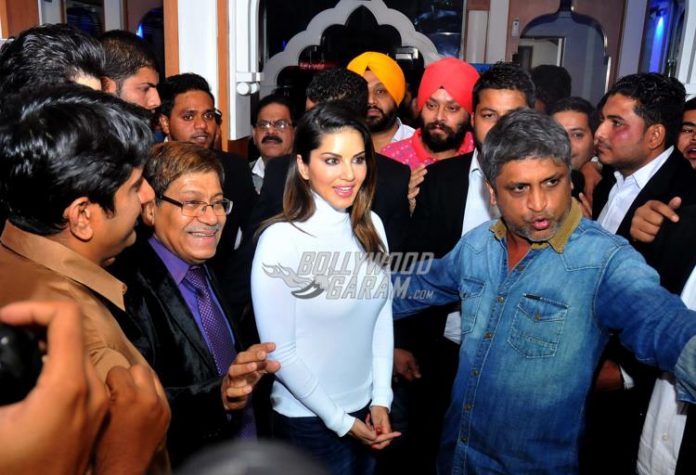 Actress Sunny Leone, who started off her career in Bollywood with the show ‘Bigg Boss’ is all set to re-enter the controversial house to interact with the contestants of season 10. The ‘Viral Video War’ task has become popular and is bringing out the best out of the contestants in the house which has celebrities as well as commoners.
Sunny Leone will be seen entering the house to announce her final decision on the nomination task. In order to put an end to this serious war, Sunny also indulges in making one viral video with the contestants.
Leone recreated the popular scene from the blockbuster movie ‘Sholay’ and the men in the house join her to make a memorable moment. Sunny turned in to the character of Basanti while Swami Om became Gabbar. The actress danced to the tunes of the song ‘Main Nachungi’ after she took some dancing lessons from the ladies in the house. Sunny managed to make the 2016 version a memorable one and left a smile on each and every face in the house.