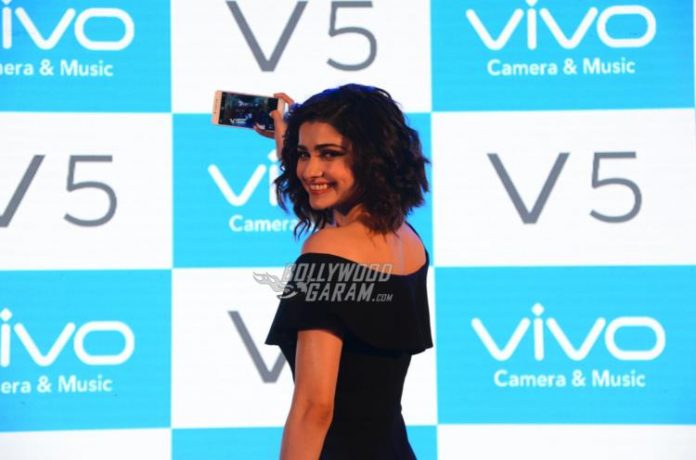 Indian actress Prachi Desai launched the new Vivo V5 business smartphone at an event in Mumbai on November 16, 2016. The actress looked great in a black outfit and was a part of the launch event as the brand ambassador of Vivo.

Prachi at the event talked about the demonetization and urged everyone to help people who are standing in long queues by offering them a bottle of water or a snack. The ‘Rock On 2’ actress while talking about her first phone said that she had a Nokia phone that had some three colors.

Prachi added that before endorsing anything one has to be very particular about it.