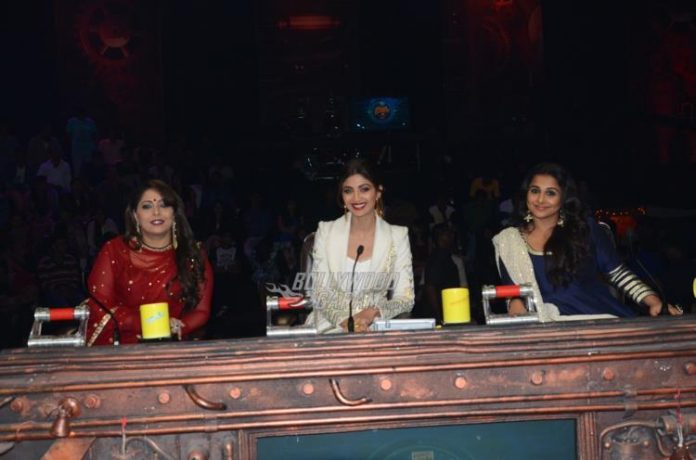 Bollywood actress Vidya Balan promoted her upcoming movie ‘Kahaani 2’ on the sets of the show ‘Super Dancer’ in Mumbai on November 17, 2016. Balan appeared in an Indian outfit and interacted with the little contestants of the show.

The actress appreciated all the performances by the contestants. The show also saw actress Shilpa Shetty, who is one of the judges.

Shilpa was seen having some fun with the host Rithvik Dhanjani.