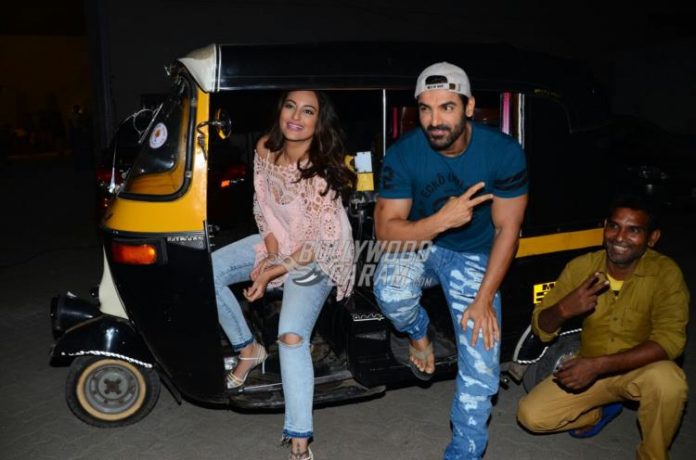 Actors Sonakshi Sinha and John Abraham promoted their movie ‘Force 2’in Mumbai on November 18, 2016. Sonakshi and John were seen in casuals and posed for the shutterbugs while in an auto-rickshaw.

The movie ‘Force 2’ is directed by Abhinay Deo and produced by Vipul Amrutlal Shah and hit the silver screens on November 18, 2016.