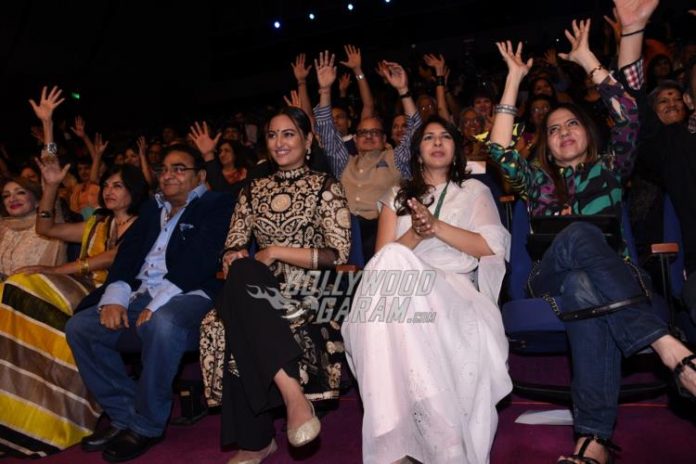 Indian actress Sonakshi Sinha was at Dr. Batra’s Positive Health Awards 2016 event held in Mumbai on November 23, 2016. The ‘Dabangg’ actress looked splendid in an Indian outfit and interacted with the media and audience.

On the work front, the actress is enjoying the successful release of her movie ‘Force 2’ that hit the theatres on November 18, 2016.

The movie also stars John Abraham and is the sequel to the 2011 movie ‘Force’.