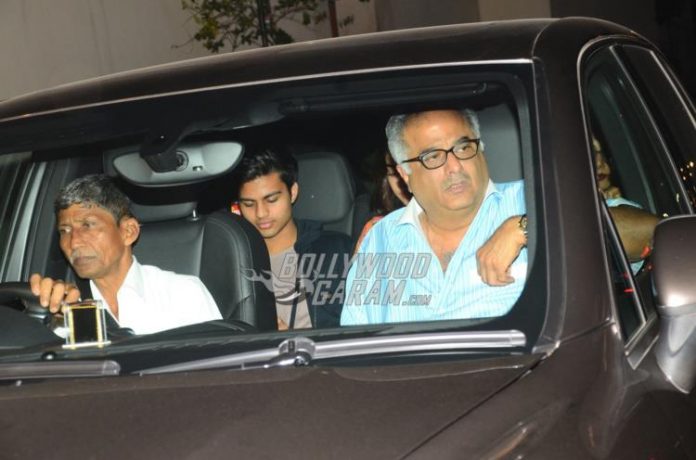 Celebrities from Bollywood flocked at the special screening event of the movie ‘Dear Zindagi’ held in Mumbai on November 23, 2016. The screening event saw Boney Kapoor along with, Sridevi, Jhanvi Kapoor and her boyfriend Shikhar Pahariya, Jugal Hansraj, Dia Mirza, Imtiaz Ali, Sidharth Malhotra and others.

Shikhar and the entire Kapoor family came in the same car conveying the news that Jhanvi’s parents do not have a problem with their daughter’s relationship.