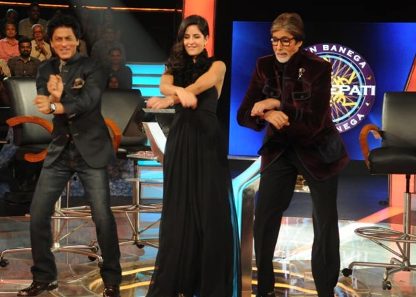 Bollywood star Shahrukh Khan, who had once hosted the third season of the game show ‘Kaun Banega Crorepati’, was back in the hot seat for a while. The actor, along with his ‘Jab Tak Hain Jaan’ co-star Katrina Kaif will be appearing on the show for the Diwali special episode.

Shahrukh recently shot for the episode as he dropped in to promote his upcoming movie directed by Yash Chopra. After the shoot, Shahrukh Tweeted that he had fun on the sets of KBC. The show is currently in its sixth season and Amitabh Bachchan has been hosting it since the fourth episode. Bachchan had also hosted the first two seasons after which the third season was done by Shahrukh.