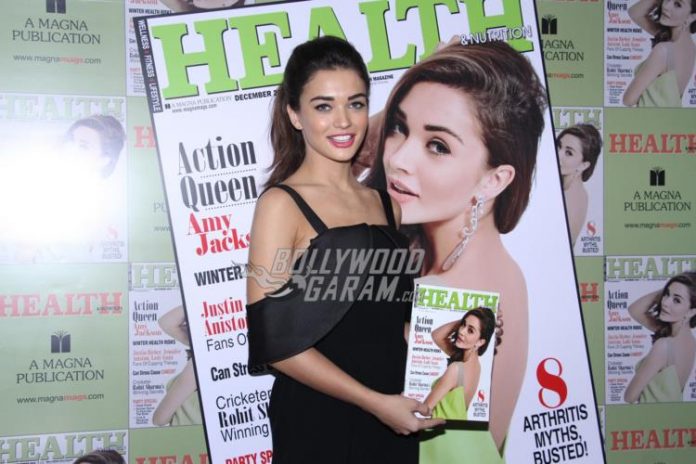 British Model and actress Amy Jackson attended the launch event of the Health Magazine in Mumbai on November 29, 2016. The actress looked pretty in a black outfit and interacted with the media at the launch event.

Amy has worked in a number of Tamil, Telugu and Hindi movies. The actress made her debut in Bollywood with the movie ‘Ek Deewana Tha’ in 2012 and is currently filming for the multi-lingual movie ‘2.0’ opposite superstar Rajinikanth and Akshay Kumar.