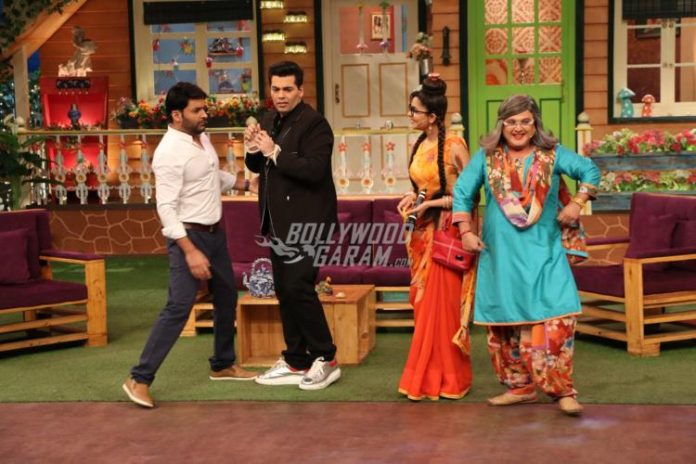 Filmmaker Karan Johar, who is known for making larger-than-life movies in Bollywood, appeared on ‘The Kapil Sharma Show in Mumbai on November 22, 2016. Going by the pictures, they clearly show that Karan indeed had a great time interacting with the host Kapil and other characters of the show like Dr. Mashhur Gulati, Chandu Chai Wala and others.

The ‘Koffee With Karan’ episode featuring Kapil will soon be aired on TV.