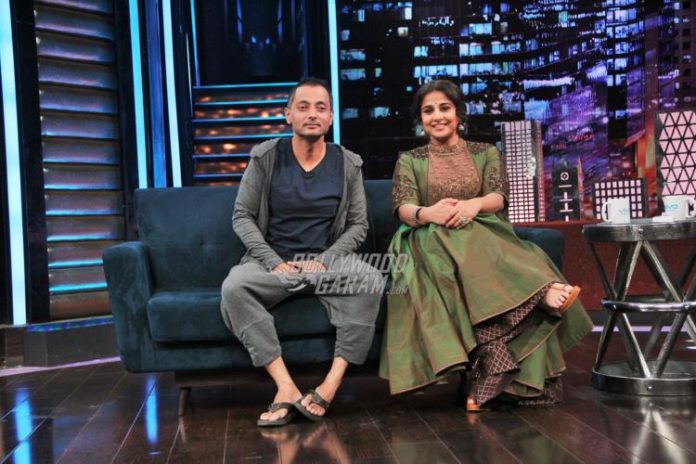 Filmmaker Sujoy Ghosh and actress Vidya Balan promoted their movie ‘Kahaani 2’ on the sets of the TV show ‘Yaadon Ki Baraat’ in Mumbai on December 1, 2016. A few pictures from the sets indicate the great time Sujoy and Vidya spent with the host Sajid Khan.

Vidya looked pretty in an Indian outfit while Sujoy appeared in casuals.