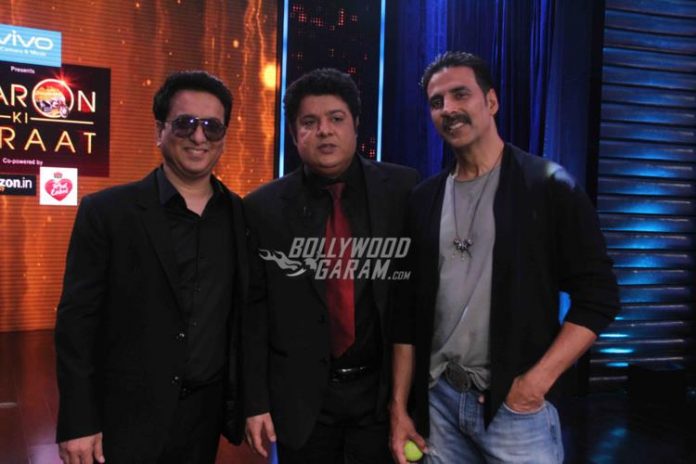 Actor Akshay Kumar and filmmaker Sajid Nadiadwala had a blast on the sets of the TV show ‘Yaaron Ki Baraat hosted by Sajid Khan and Riteish Deshmukh on December 6, 2016. Host Sajid took the Twitter account and shared some of the moments.

Riteish has been absent since the last two episodes but the guests and Sajid managed to have a great time on the show.

Akshay looked great in a t-shirt, blazer and jeans look while Filmmaker Sajid Nadiadwala appeared in a black suit.