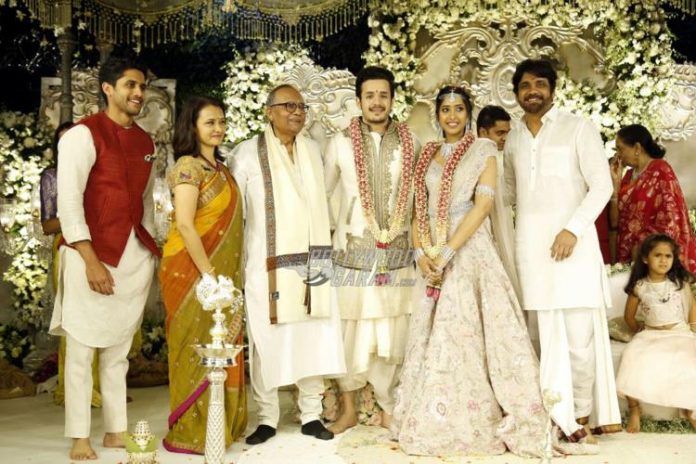 South superstar Nagarjuna’s son Akhil Akkineni got engaged to girlfriend Shriya Bhupal on December 9, 2016. The engagement ceremony was a private event at GVK House in Hyderabad. Only the immediate family members were present at the ceremony. A few families were also present from the film fraternity.

Reports say that the newly engaged couple will have a destination wedding which is most likely in Italy. The wedding ceremony is expected to be a grand affair with about 600 guests flying to Italy from across the globe. Akhil and Shriya were dating after they met at an event a couple of years back but they revealed about their relationship to their parents only in 2015.

Shriya is a fashion designer from Hyderabad and is the daughter of business tycoon GVK Reddy.