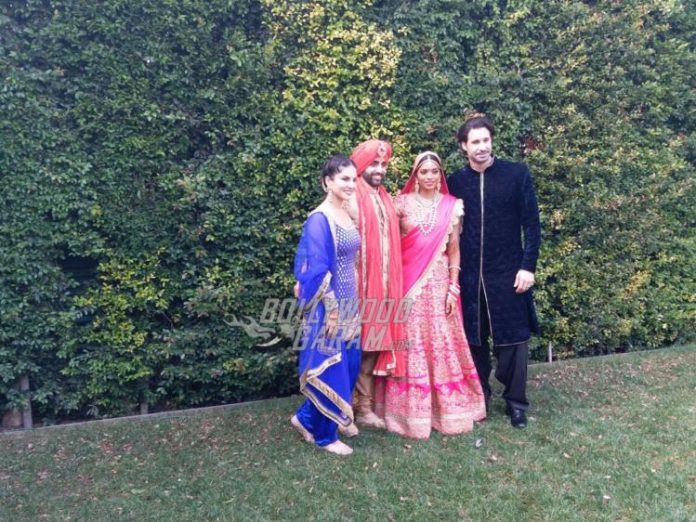 Bollywood actress Sunny Leone’s brother Chef Sundeep Vohra got married to Karishma Naidu at a private ceremony in Los Angeles. The former adult star along with husband flew from Mumbai to LA for the wedding ceremonies.

Reports say that the actress wanted the same kind of wedding that she had seen in her parent’s wedding album. Sunny is seen wearing a traditional Indian Punjabi outfit for the wedding ceremony which was followed by a grand reception.

The Mehndi ceremony of Sundeep saw the men wearing the traditional ‘mundu’ and the wedding was held at the gurudwara with music, baraat and dhols.