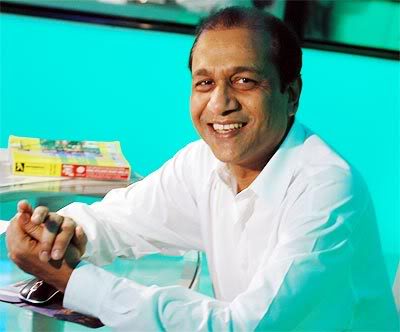 Indian TV producer and quiz show host Siddharth Basu has been associated for a while with popular TV shows such as ‘Kaun Banega Crorepati’ and ‘Dus Ka Dum’. Now however, audiences will get to see Basu as an actor.

Siddharth will soon be seen making his Bollywood debut in the upcoming movie ‘Jaffna’ made by Shoorjit Sarcar. Sarcar of ‘Vicky Donor’ fame, has roped in Siddharth, who will be playing the head of a RAW team in the upcoming movie. The movie will also have John Abraham, who will be seen playing the role of an investigative journalist. Not many know that Siddharth has been a stage artist as well.