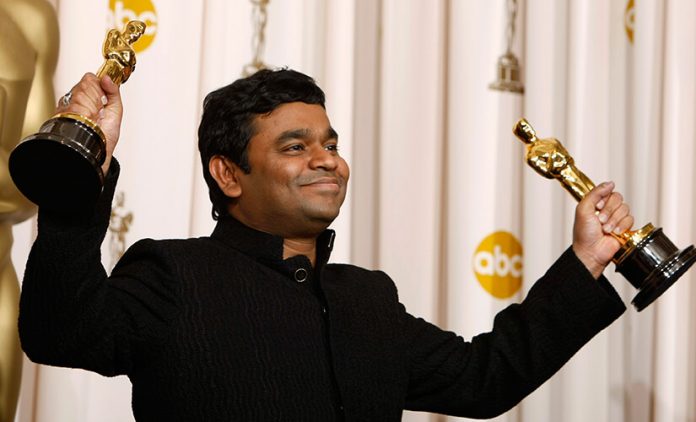 Bollywood Garam is excited to announce that our very own A.R Rehman has bagged yet another nomination for the internationally acclaimed Academy Awards (Oscar Awards) 2017!

The Indian music maestro went on to become the first Indian musician to receive two Academy Awards, one for Best Original Song in the movie Slumdog Millionaire, a 2009 blockbuster directed by Danny Boyle, and the other for Best Original Score, Jai Ho. His music has gone beyond the borders of India and is enjoyed worldwide.

A.R. Rahman has once again done his country proud by being nominated for the Oscar Awards 2017 in the Best Original Score category due to his work on the film by Michael Zimbalist and Jeff Zimbalist, Pele: Birth Of A Legend. He is battling it out against a long list of 145 nominees in the category. The song Ginga from the same movie has been shortlisted and is among 91 other songs in the Original Song category.

The Academy of Motion Picture Arts and Sciences on Tuesday released the list of contenders seeking a place in the nominations. The list was posted on their official website. The presentation ceremony for the 89th Academy Awards will be held on February 26, with the final nominations being announced on January 24.

Should A.R. Rahman secure a place in the nominations list, it will not be his second time. Back in 2011, Rahman was nominated twice at the 83rd Academy Awards for his original song If I Rise in Danny Boyle’s 127 Hours and his original score in the same movie. In 2014, his work in an Indian film Kochadaiiyaan and Hollywood movies The Hundred-Foot Journey and Million Dollar Arm was among the contenders.

The film Pele: Birth of a Legend is a film based on the early life of Pele, a legendary Brazilian footballer. The film is the brainchild of co-directors Michael Zimbalist and Jeff Zimbalist.

We will keep you posted on more updates! *Excited*