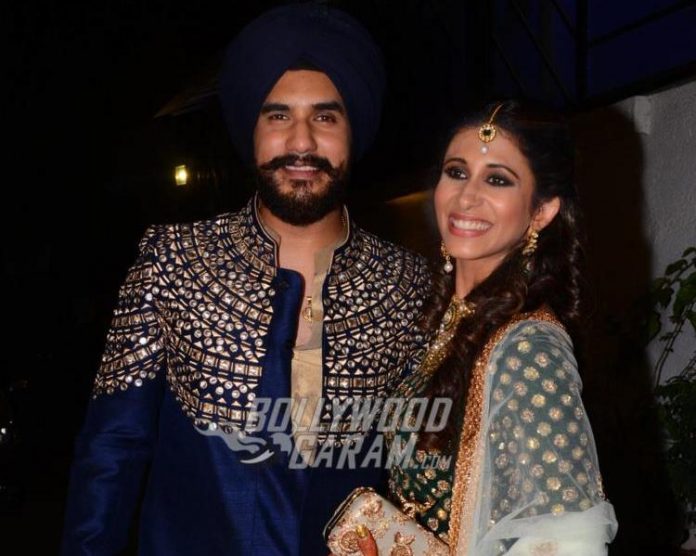 Actors Suyyash Rai and Kishwer Merchant, also known as ‘Sukish’, hosted a lavish sangeet ceremony in Mumbai on December 15, 2016. Kishwer showed off her bridal glow in a green sharara, while Suyyash carried the ‘Punjabi Munda’ look with a full beard and a turban matching with his outfit.

The couple were all smiles for the shutterbugs. Kishwer arrived before the groom at the venue while Suyyash reached half an hour late. As soon as the two saw each other there were exchanges of huge smiles and they embraced each other.

The couple is all over the social network right from their Mehndi ceremony and the wedding is expected to be another grand affair.The entire TV industry was in attendance.