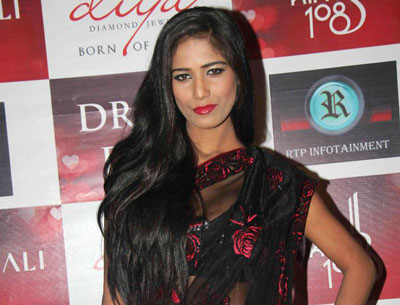 Controversial queen Poonam Pandey has revealed that she is soon going to begin shooting for a movie, which will have a few bold and intense scenes. The model was confident however, that it will not face any problems with the censor board.

Poonam, while talking about the project, said that it is a intense movie and the movies’ script is very strong. The Kingfisher model also said that people love to watch bold movies, but for her the script of the film matters more. Poonam also said that her parents are happy about her debut and said that it is the right film for her.

Amit Saxena will be directing the risque models debut movie.