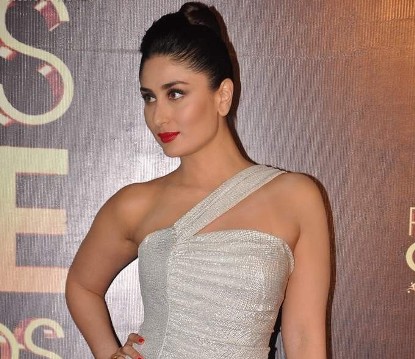 Bollywood’s newly married couple Kareena Kapoor and Saif Ali Khan were supposed to perform at the People’s Choice Awards on October 27, 2012. However the first public performance for the couple post marriage could not materialize as Saif backed out at the last moment.

The ‘Agent Vinod’ actor informed the organizers of the event at the last minute that he was unwell, due to this the organizers had to make quick arrangements, and ‘Jhalak Dikhhla Jaa’ winner Gurmeet Chaudhary and Rithvik Dhanjani came in to fill Saif’s space.

The husband and wife duo were supposed to perform two solo routines after which they were supposed to perform in a special act, but Saif was helpless as he was unwell. However, according to our sources Kareena did not back out and had started rehearsing her part of the act. On Saturday, Kapoor performed solo on her blockbuster numbers ‘Halkat Jawani’ from ‘Heroine’ and ‘Chammak Challo’ from ‘Ra.One’.

Just a day before the event, Gurmeet and Rithvik joined the show and rehearsed Saif’s songs ‘Bandhu’ from ‘Cocktail’ and ‘Raabta’ from ‘Agent Vinod’.

Saif and Kareena got hitched on October 16, 2012 in a registered marriage ceremony which was held at Saif’s residence. The wedding celebration was attended by the ‘who’s who’ of Bollywood and politics.