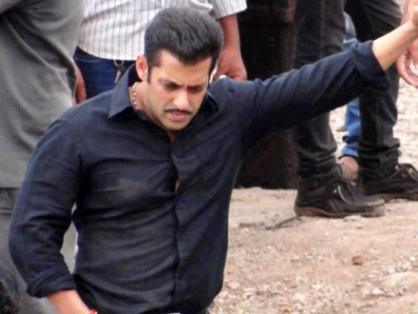 Bollywood star Salman Khan, who is currently shooting for the movie ‘Dabangg 2’ experienced a security lapse on on October 25, 2012, on the sets of the movie. All of a sudden six men turned up at Mehboob Studios and shook hands with Khan, without being stopped by security.

Salman initially thought that they were a part of the crew or some guests, but then the actor grew suspicious, and the bodyguards immediately came to the rescue. The men were immediately thrown out of the sets and also out of the studios. Salman then questioned  Mehboob Studio officials about the security lapse, and security has been beefed up at the studios to avoid such accidents in the future.