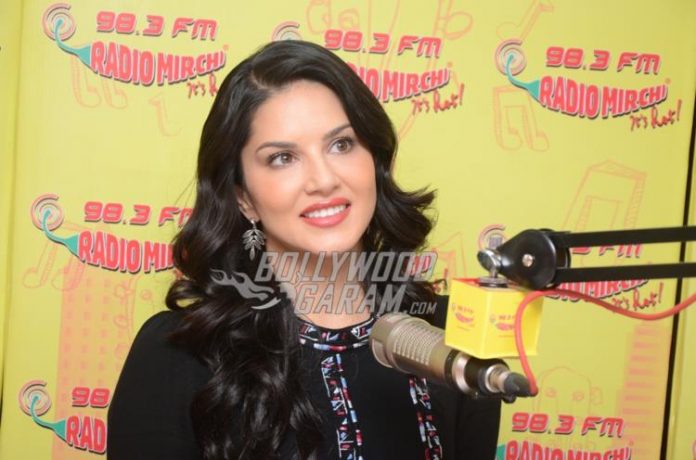 The actress promoted her song Laila Main Laila from the movie Raees at Radio Mirchi Studios on December 22, 2016.

Sunny will be seen in a special item song ‘Laila Main Laila’ from the movie which stars Shah Rukh Khan in the lead role and is produced by his company Red Chillies Entertainment.

The international star will be seen shaking a leg with Shah Rukh Khan is the song. King Khan will be seen playing the role of a businessman and the story is based in Mumbai.