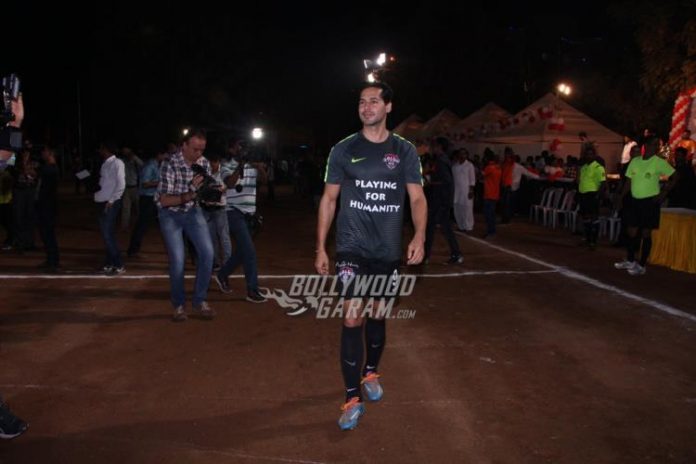 Apart from acting, Bollywood actors Ranbir Kapoor and Dino Morea also love to play soccer. Ranbir, Dino along with Tennis player Leander Paes were snapped at a friendly soccer match for a good cause in Mumbai on December 23, 2016.

The one who caught the most attention was Ranbir, who made the most of the game.

On the work front, Ranbir is receiving a lot of appreciation for the trailer of his upcoming movie ‘Jagga Jasoos’.