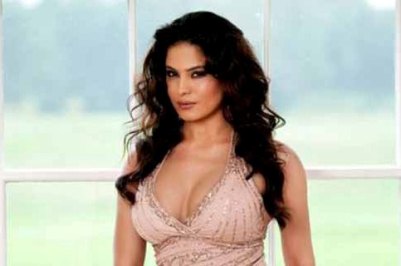 Pakistani actress, Veena Malik was the latest inmate to get evicted from the Bigg Boss 4 house on Friday the 24th of December. Malik, who was considered a controversial figure in the house, and was famous for her attention getting tactics and her intimacy with Ashmit Patel, had to bid goodbye to the other contestants in the house.

In a previous episode, Malik was punished after she went on a dancing spree on top of a dining table with her shoes on, which resulted in the actress eating meals on the floor instead of the table.

Despite her controversial malfunctions and incessant posing infront of the cameras in the Bigg Boss 4 house, Veena Malik also made news after she was caught getting cozy with fellow inmate Ashmit Patel after the two were on a task one night in November.The sparks between the two was considered as a key element in her staying in the show, but it failed to work when news of her elimination came to light.