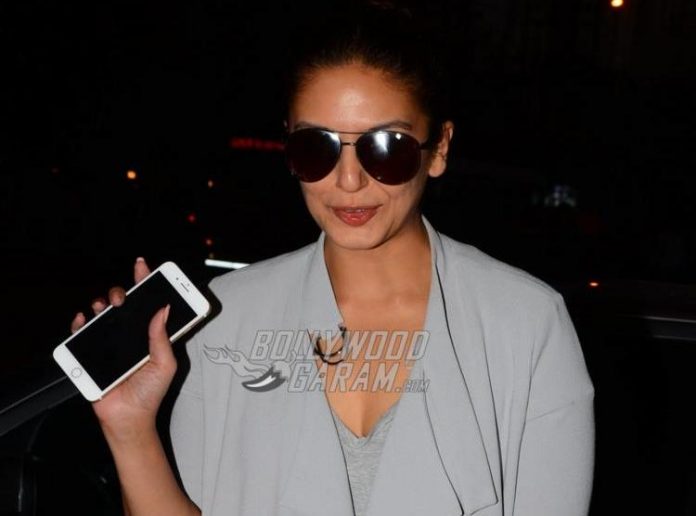 Indian actress Huma Qureshi, has joined the list of Indian actors who have started their Hollywood journey. The actress was recently snapped after finishing the dubbing of her upcoming Hollywood movie ‘Viceroy’s House’ in Mumbai on December 27, 2016.

Huma will be seen playing the role of an interpreter to British India’s last Viceroy. The movie ‘Viceroy’s House’ is based on true incidents. The actress after the dubbing session looked great in a casual t-shirt, distressed jeans and a long grey jacket.

Huma is also preparing for her upcoming Bollywood release ‘Jolly LLB 2’ with Akshay Kumar which is all set to hit the theatres on February 10, 2017.