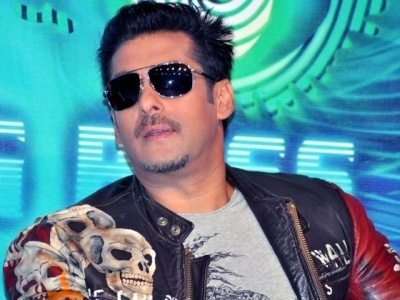 Bigg Boss 4 : Salman Khan seems to have enjoyed hosting Bigg Boss 4 so much that he wishes to be back on the sets of the next season of the hit reality show.

The Dabangg superstar is so happy with the response the show has garnered that he has expressed that he is looking forward to return as the host for Bigg Boss’ fifth season. This was Salman’s second outing at anchoring a television show after having hosted ‘10 ka Dum’ earlier, which received a lukewarm response from the audience.

The show is all set to wrap up with a grand finale with only four contestants left in the house. In fact, Salman will be seen performing in his trademark style of dancing along with former housemates Veena Malik, Aanchal Kumar, Hrishant Goswami, Manoj Tiwari and Sara Khan.

One among actors Shweta Tiwari, Ashmit Patel, Dolly Bindra and the wrestler Khali would be voted as the winner of the reality show by the audience, taking home a cool prize money of Rs 1 crore.