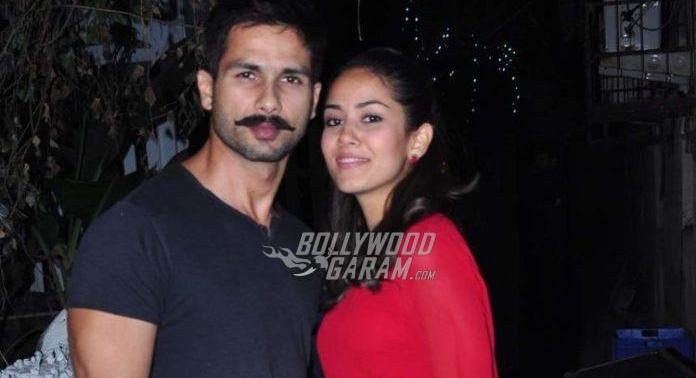 Bollywood’s most talked about couple Shahid Kapoor and Mira Rajput made their debut on television on the show ‘Koffee With Karan’. Shahid and Mira had an arranged marriage in 2015 and the two are now proud parents of a lovely daughter Misha. For the first time the couple became candid about their love for each other and how they met for the first time.
Host Karan Johar had a great time interacting with the couple, who are completely in love with each other. This was the first time Mira, who is a non-celebrity who appeared on TV as a star wife and stole the entire show by not leaving any opportunity to pull the host’s legs. The most interesting part was when the couple talked about their first meet when they spoke for more than 7 hours, non-stop.
Shahid also revealed that when he met Mira’s father, he was preparing for his movie ‘Udta Punjab’ and he was then in his Tommy Singh avatar. The ‘Jab We Met’ actor also revealed that during their first meeting, Shahid asked Mira why she wanted to get married to someone much older to her which Mira’s response was “why do you want to marry someone much younger? That’s much worse.” Karan played a game ‘Pillow Talk’ with the two in which they were supposed to give answers with looking at each other. The game also revealed that every night before going to sleep Mira says ‘I Love You’ to loving husband Shahid.
This was one of the most happening and candid episodes of the season where love was in the air. Mira on the show confessed that she was ‘head over heels’ in love with Shahid. Mira on the show looking splendid in a blue gown white Shahid looked dapper in a suit.
Photo Credits: Viral Bhayani