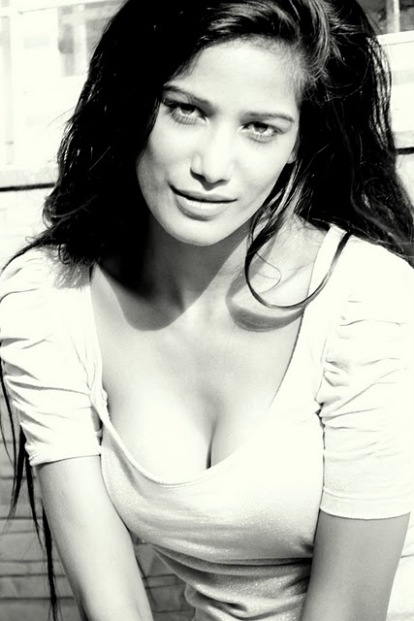 Model Poonam Pandey, who is known for her claims to go nude for the Indian cricket team, is likely to appear on the popular reality show Bigg Boss 5. Pandey might finally get to fulfill her wish to undress, be it in the house of Bigg boss.

Some of the sources from the production unit of the show, on the condition of anonymity, have said that Poonam will be appearing on the show for two days like a celebrity. The makers of the show had approached the model long back, but Poonam had demanded that she wants a special entry on the show.

The source has also said that the bikini model will not disappoint and would go at least semi-nude. The creative team of the show has planned a special entry for the model so as to create a controversy in the house just like the Dolly Bindra’s controversy in the earlier season.

For now TV actor Amar Upadhyay is all set to enter the house and break the one man rule code of the house. Amar is likely to take away all the attention of the ladies in the house by his charm and killer looks. The house of Bigg Boss has always been full of surprises so be prepared.