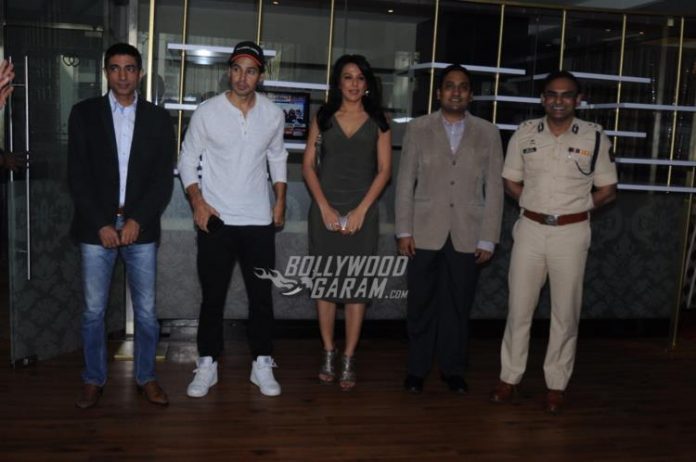 Actors Dino Morea and Pooja Bedi were seen supporting the 2nd edition of the Street Smart Street Safe campaign 2017 held in Mumbai on January 11, 2017. This is the second season of the campaign after the success of the first one held last year. The campaign has been organized by the Traffic Police Department of Mumbai in collaboration with the TopGear India Magazine.

The event also saw the presence of eminent personalities from the world of politics. TopGear India with the help of the campaign aims to raise awareness related to road safety. Morea at the event expressed that it is a great initiative to educate people about traffic safety discipline.

Pooja too shared her views saying that the media plays an important role in spreading the message.