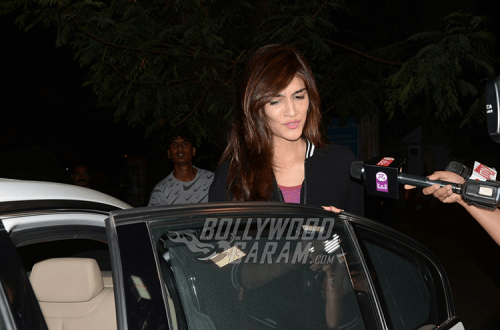 Kriti Sanon was caught by the cameras yesterday in Juhu

The talented actress was caught by Bollywood Garam in Juhu, Mumbai on January 17, 2017. As usual, the Actress looked chic in casual gym wear and paired it with a Dolce and Gabbana bag.

The actress will be sharing the screens with Sushant Singh Rajput playing a lead role in Raabta(film) directed by Dinesh Vijan and produced by Homi Adajania, Bhushan Kumar and Dinesh Vijan. The movie is said to be released on 9th June, 2017.

Wishing Kriti Sanon a year full of blockbuster hits! Stay tuned for latest updates on your favorite stars only on Bollywood Garam.